Reach your peaks.
Give yourself a boost with our training academy
International Center of Sport Prevention & Athletic Recovery ''Daniele Nardi'' Human Rights and Sport 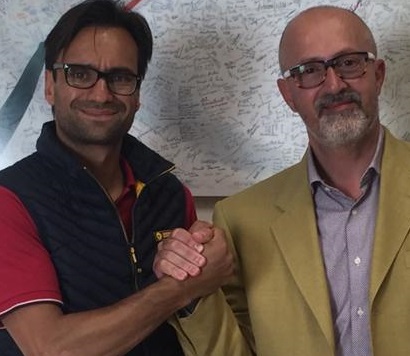 Daniele Nardi (June 24, 1976 – February 25, 2019) was an Italian mountaineer. It reached the summit of five eight thousand without the aid of oxygen, including Everest and K2. Despite being born in a territory without great mountaineering traditions, from an early age he lives in contact with the mountains, such as Mount Semprevisa. He began to go to the mountains with his family spending summer holidays in the Alps.
At the age of 16, with a piece of boat rope, he began climbing the mountains near his home. In 1995 he faced his first solo 4000, climbing the Grandes Jorasses. From the age of 21 he faces the walls of the four thousand Alpini.

The First Eight Thousand
In 2001 he set out for his first eight thousand by participating in an expedition on Gasherbrum II and, the following year, attempted the summit of Cho Oyu, which he renounced near the summit due to a principle of freezing. In 2004 he climbed Everest. In 2005 it reached the middle summit of Shisha Pangma (8,027 meters). In 2006 he climbed the Aconcagua with a group of climbers from Lazio, as part of the expedition "Missione città di Latina". In the same year he attempted the summit of Makalu and climbed Nanga Parbat (8,125 meters), passing by the Diamir slope, and Broad Peak (8,045 meters) in just 30 days.

K2 Freedom 2007
Season Expeditions to the Himalayas June 20, 2007 he scaled K2 in the expedition "K2 Freedom 2007", followed by Rai, which made a documentary film entitled K2: Il sogno, nightmare, edited by Marco Mazzocchi and broadcast on Rai 2, in two parts, in October 2007. The documentary describes the expedition of Daniele Nardi, expedition leader, Mario Vielmo, Stefano Zavka, Michele Fait and Pietro Desanctis. Nardi will arrive at the summit at 3:59 pm on July 20 with the Russians, Oh Eh Sun, the American trio and the Iranian Kazeem. After a short stop at the summit, begin the descent and cross the two companions Vielmo and then Zavka, about 150 meters from the summit. It will arrive at camp 4 at about 20:00. Stefano Zavka, surprised by a storm on his return from the summit reached late in the evening with Mario Vielmo, will not be able to return, disappearing on the mountain. The following day all shipments return. During the descent Don Bowie reports pains in his leg and can no longer walk. Fait and Nardi drop it in two days along the ascent route. [6] This version, however, is disproved by the story of the members of the American team, in which Bowie is not helped at all by the Italians, while the fall of Bowie described in Nardi's book stops on its own (and not with nardi's help).

In 2009 he attempted a new route on the north face of the Ama Dablam. The ascent route would allow you to reach the 6,200-meter summit of TsuRo Ri that would then lead through a long, thin ridge to the summit of Ama Dablam, summit in front of Everest. The route remains incomplete 200 meters from the ridge. With Lorenzo Angelozzi he opens a new street entitled Telegraph Road (as the song of the same name by Dire Straits), more than 1,000 meters, on the Farol West (6,370 meters), in Pakistan. With Angelozzi himself, he conquers an untouched peak of 6,334 meters, called by Nardi "Peak of Freedom" or "Punta Margherita".
In March 2010 Nardi, Giovanni Pagnoncelli and Ferdinando Rollando opened a New Via (total difficulty TD+) on the northeast face of the Jägerhorn, in the Monte Rosa massif. 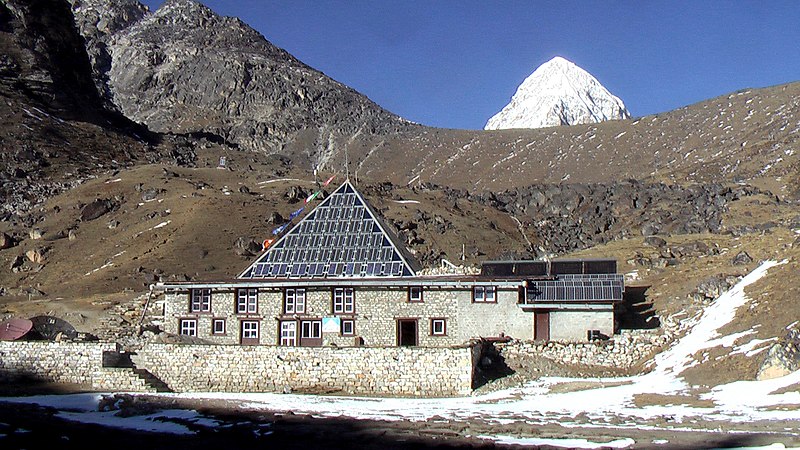 In 2011 he participated in the operation "Share Everest", a project of the Ev-K2-CNR Committee with the aim of installing and restoring the highest weather station in the world connected to the International Pyramid Laboratory-Observatory, on the southern hill of Everest, so that it could provide data to study climate change at high altitudes. Join the expedition with Daniele Bernasconi. In 2011 he attempted the ascent to Bhagirathi III (6,457 m above sea level).m in Garhwal, Indian Himalayas, which was built by opening a new route between Bhagirathi III and Bhagirathi IV. The new open way, named The Seed of Madness... (it is the tree of wisdom), is characterized by 1,250 meters of development per 1,018 meters of altitude difference on ice and mixed soil with proposed difficulties of WI5+, M6/7, A2/A3. The summit is not reached due to excessive snow on the final ridge. Unable to get off the same side, the two fell to the opposite side. Nardi and Delle Monache, for the opening of this new route, dedicated to Walter Bonatti, will win the Paolo Consiglio award.

In 2015, after participating in the winter attempt on the Nanga Parbat of Alex Txikon's team, he set off on an expedition led by the Spaniard with the aim of thalay sagar, an Indian mountain of 6904 meters. They fail to complete the climb to the summit but open a new route, called Askatasun Taupadak (Beats of Freedom), about 600 meters on the granites of the northwest spur, variant to the route made by the Swiss in 2004 Stephan Siegrist, Denis Burdet, Thomas Senf and Ralph Weber.

In winter 2013 he attempted the winter ascent of Nanga Parbat together with Élisabeth Revol. Due to a principle of freezing of the fingers, however, she has to give up by interrupting the climb to Sperone Mummery (6,450 meters).

In 2014 she retries the winter conquest of Nanga Parbat, this time alone with the aim of finishing the ascent to the Mummery spur, the most direct route on the Diamir side towards the summit of Nanga Parbat. Leaving Italy on January 20, 2014, she stays in base camp for a month waiting for a window of good weather which, however, does not come.

The third attempt to climb the Mummery spur takes place in the winter of 2014-2015 She leaves for the expedition on December 27, 2014 together with Roberto Delle Monache and Federico Santini, video maker of the expedition. It reaches about 7800 meters of altitude but due to a mistake in identifying the gully that leads to the summit of the summit pyramid, they return to C4 and the next day they return to CB due to tiredness and the bad conditions of Ali Sadpara.

With Alex Txikon he participates in the new expedition organized by Txikon himself on Nanga Parbat, in the winter of 2015-2016. After reaching 6700 meters, disagreements with Alex Txikon and Simone Moro (who in the meantime joins the Txikon team by invitation) make Nardi decide to retire from the expedition, with considerable aftermath of controversy.

In February 2017 Nardi, together with Cristiano Iurisci and Luca Mussapi, opened a new route called Gran Diedro (mixed up to M5 + and ice up to grade 3) on the northwest face of Cima delle Murelle, in the Majella massif. The following month, the same trio opened a new route on Monte Shirt (2564 m a.s.l.) climbing from the Pisciarellone spur. After training on the Paretone Express at the Gran Sasso d'Italia, Nardi leaves in July for the "Trans Limes" expedition on Saltoro Kangri together with Marcello Sanguineti, Gianluca Cavalli, Michele Focchi and Tom Ballard, to attempt to open a route on the eastern face of Link Sar (7041 m asl). In February 2018 with Luca Gasparini and Luca Mussapi he opened another difficult route at the Scoglio della Sassetelli (Terminillo) graded ED- M6 +. 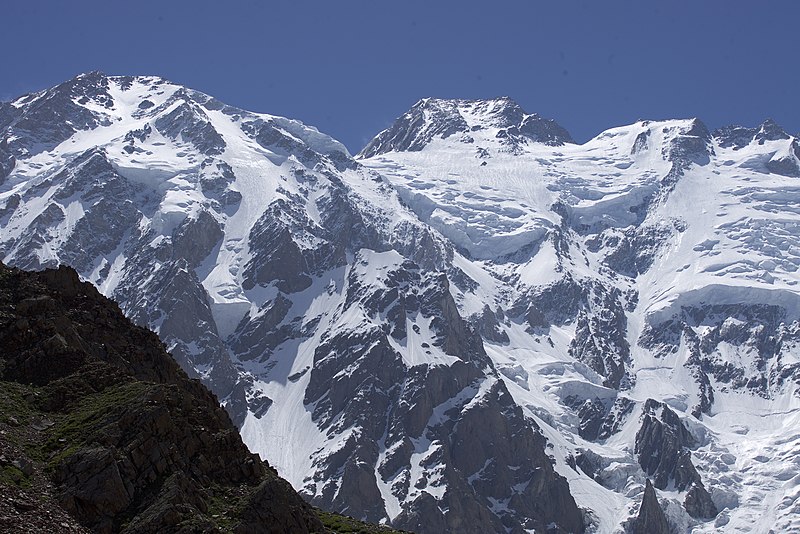 The Diamir slope of Nanga Parbat

"I would like to be remembered as a guy who tried to do an incredible, impossible thing, who did not give up and, if I did not return, the message that comes to my son is this: do not stop do not give up, give up, because the world needs better people who make peace a reality and not just an idea ... It's worth doing."
Message from Daniele to his son “Mattia Nardi” 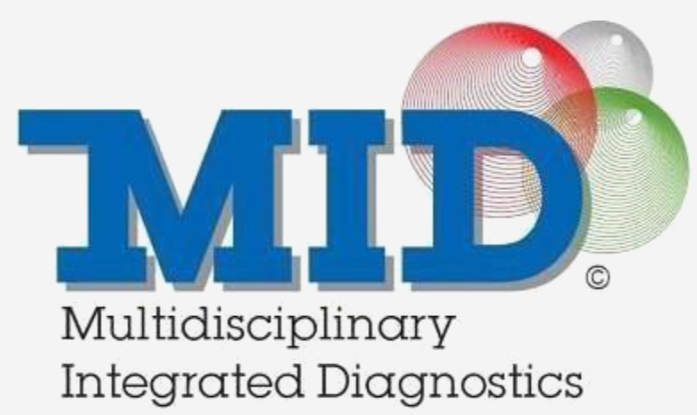 Sport as a tool for integration

'make an individual a member of a society'

Sports activity as a fundamental element for health:

"I wish you to transform all the things that you will be destined to live into opportunities. Many of you who may be in certain difficulties of life will only see the difficulties, but I hope that you will find instead in those difficulties the push to move forward"         (Alex Zanardi)

For more informations about our courses and sport academy, please fill this form.

Thank you! Your submission has been received!
Oops! Something went wrong while submitting the form.